by: AskaNewYorker by Susan Crimp 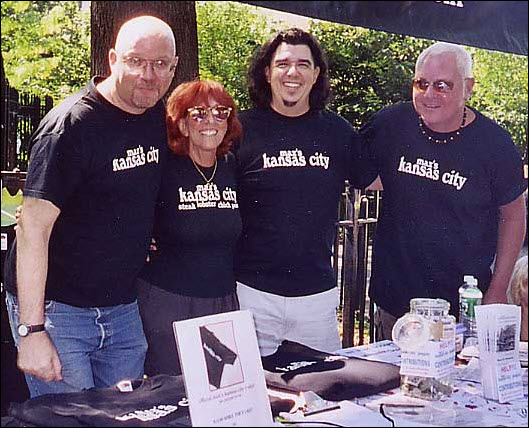 Back in the day, Mick Jagger, Andy Warhol and anyone who was hip and happening ventured into the place called Max’s Kansas City. Yvonne Sewall (Ruskin), partner of Max’s founder Mickey Ruskin also wrote High on Rebellion, the definitive oral history of Max’s. This book is certainly going to make a great movie one day, especially if the old regulars do cameos. Not just a place for the rich and famous, in its heyday anyone short of a dollar could also walk into Max’s and owner Mickey Ruskin would feed them. It was a place where the famous and unknown alike called home. No one was ever turned away if they couldn’t pay. Despite the fact that this New York legend has long closed its doors it is great to see artists being given a helping hand through the Max’s Kansas City Project a foundation that helps artists in need. It is indeed a great tribute to the man who had an A List clientele.

Now years later after the iconic establishment closed its door’s Max’s Foundation headed by Yvonne Sewall (Ruskin), is constantly helping artists who have hit on hard times. Whether it’s Hurricane Sandy, medical emergencies or just economic difficulties, Yvonne and her foundation have become a life line for artists who have nowhere else to turn.

During its time Max’s crossed the boundaries of generations, which is one of the aspects that made Max’s so interesting. Now the foundation will be launching a teen empowerment through the arts program FEARLESS YOUth, www.dropin2maxs.com

It is indeed true to Mickey Ruskin’s legacy that no one should go hungry which makes Max’s Kansas City an A List New York organization.