Published Author, Documentary Film Producer, Philanthropist and President and Founder of the MAX’S KANSAS CITY PROJECT, a 501C3 nonprofit serving the Arts and Youth communities, established in 1996, in memory of her late ex-husband Mickey Ruskin. Mickey Ruskin was the founder and sole proprietor of the legendary restaurant/bar/club Max’s Kansas City, and a huge patron of the arts.

Ms Sewall earned her BA in English from the University of Connecticut and a MA in Education from New York University. She taught both in the public and private school sectors in NYC, Upstate, NY and Mill Valley, Ca. Later in years, with a move back to the East coast, giving the children and opportunity to spend more time with their father, Ms Sewall was chosen to be the FIRST female teacher at a residential home for runaway teens owned and operated by Family of Woodstock, in Woodstock, NY. As an active member of the community a year later, she was presented with an opportunity to follow a dream of joining the entertainment industry, taking an offer to become the assistant manager at BEARSVILLE RECORDING, a world class studio in Woodstock, NY. Her ambition to grow in the business required a move back to NYC, where Ms Sewall managed recording studios including 39th St Music, Evergreen Recording and subsequently Celestial Sound. Over time she created her own company I CONTACT, the FIRST audio production service to exist in NYC, and later teamed up with the INVASION GROUP for management of record producers and engineers.

She is the author of “HIGH ON REBELLION INSIDE the UNDERGROUND at MAX’S KANSAS CITY,” published in 1998 by THUNDERS MOUTH PRESS, and holds both a teaching license and a real estate broker’s license, and resides in Kingston, NY. Currently, Ms Sewall is in production on a Feature Documentary and/or Docu Series on the History of Max’s Kansas City. 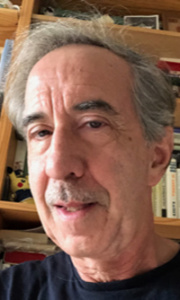 Howard Seligman was born in Brooklyn in 1956 and grew up in New York City. He studied the performing arts at Sarah Lawrence College and received an MBA in Finance from New York University in January, 1979. Since then, Howard has helped in the founding of several non-profiarts organizations, including New Art Publications, The New Writing Foundation and The Solo Foundation.

Today, he serves as Treasurer on the Board of three dance companies based in New York, and is also the Chief Financial Officer of ABC NO RIO. Howard continues to assist new non-profit groups in obtaining their tax exempt status from the IRS, and maintaining compliance with all applicable regulations.

Howard had a seasonal tax practice working with self-employed artists and writers since 1981, where he provided financial consulting services to these individuals, and small entertainment businesses. In 2010, he merged his practice with Dmitriy Goykhman, CPA PC. 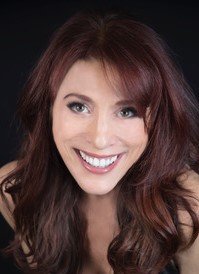 Norena has amassed a coveted database of musicians, celebrities and iconic brands that only legends in entertainment possess —- although most haven’t endured the roller coaster of entertainment iterations with the same aplomb.  She does lots of things — and she does them all really well. Norena is a Talent and Event Producer, a Voiceover Artist, a Host, an Activist, a dancer and can connect people like nobody’s business. From Aretha Franklin at Carnegie Hall to teaching dance to Foster Kids at summer camp, she tackles her life and her work with love and passion.

Known as the velvet hammer, while disarming you with her charm, she waves her magic wand and always closes the deal. Her affiliations with RayBan, Gibson Guitars and Hard Rock Cafe remain forever like a classic song you can’t stop singing.

Together with artists who stand up for those who can’t, alongside the underserved, she reveals her softer side.  She loves to volunteer and in an effort to inspire change, she created, hosts and produces THE GIVE, viral videos that feature celebrities who walk the walk and the charities they are most passionate about. The world calls and she answers —creating a tapestry of talent to move people and lift communities through programs that are forever changed by her work.  You can find Norena in the grittiest East Village speakeasy or the Sunset Marquis, but one thing is for sure— you’ll always find her.

He was inducted into the NYC Business Hall of Fame in 2015. Prior to Workhouse, Nelson was a senior publicist at Jason Weinberg & Associates, where he represented Tim Burton, Sean Combs, and Debbie Harry. He was a senior publicist at the Peggy Siegal Company, overseeing the Warner Brothers account. Recognized for outstanding creative, he received the National Congressional Committee’s 2003 National Leadership Award and was elected to serve as an Honorary Chairman of the Business Advisory Council. Selected by the International Who’s Who of Executives in 2004. He earned his BFA from the University of the Arts and attended certificate programs at both Yale and Oxford University. Visit http://workhousepr.com

Jessica Ruskin received her BA, summa cum laude, from her father’s alma mater, Cornell University. She went on to get her Master’s degree in Museum Education from the George Washington University and has been putting it to good use working at the Smithsonian Institution, Kidspace Children’s Museum, and the Exploratorium. She currently serves as the Education Director at the Charles M. Schulz Museum and Research Center where she’s worked for the past 14 years. Jessica has also spent time volunteering with Habitat for Humanity through the AmeriCorps national service program and, more recently, with her children’s schools, coordinating their annual fundraisers, teaching art to kids, and designing the yearbook. Jessica lives in Santa Rosa, Ca with her two children, two dogs, two cats, two frogs, leopard gecko, and one beta fish. 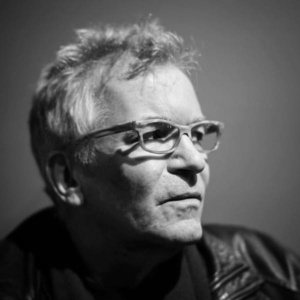 Paul Rapp is an intellectual property lawyer, literary agent, and writer who lives and works in the Kingston, New York. He represents musicians, writers, chefs, filmmakers, fine artists, some not-so-fine artists and many businesses and institutions in the creative economy. He appears regularly on WAMC’s Vox Pop program with the Copyright Forum and has taught at Albany Law School, Western New England University Law School, Ithaca College and Massachusetts College of Liberal Arts. Rapp is on the boards of the Bardavon Opera House, the Capital Cinema Cultural Exchange, and We Are Instrumental. He was the drummer for the rock band Blotto (“I Wanna Be A Lifeguard”) and has the distinction of being the first person to appear on MTV wearing a Speedo.